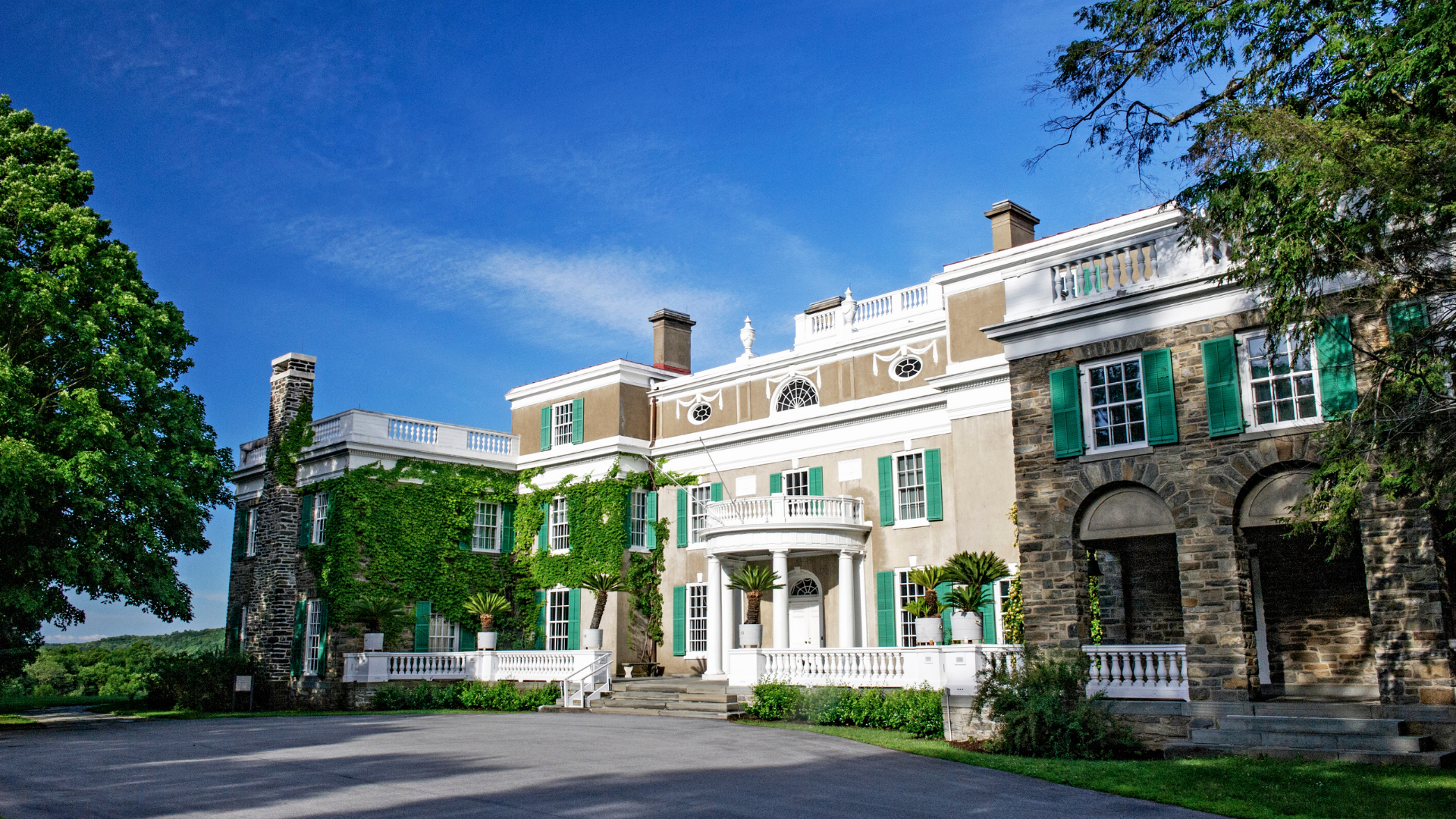 Spend three days near the Hudson River, in the northwest section of Dutchess County, and you’ll be rewarded with a look back in history, a taste of culinary excellence, and the sound of the great outdoors. This itinerary brings you to Hyde Park, Rhinebeck, Red Hook and Staatsburg.

Home of Franklin D. Roosevelt National Historic Site
Told from many angles, the story of the Roosevelt presidency, from the Great Depression through the New Deal years and World War II, is presented here in vivid and tangible fashion. Spend the morning touring the preserved Springwood estate, FDR’s home, as well as the Franklin D. Roosevelt Presidential Library and Museum.
www.nps.gov/hofr/index.htm • www.fdrlibrary.org

Vanderbilt Mansion
Frederick Vanderbilt was not the only wealthy industrialist to build a country palace. But this striking estate, his home from 1896 to 1938, remains one of the best examples from the Gilded Age. Your visit should include a stroll through the formal gardens and hiking trails for spectacular views of the Hudson River.
http://www.nps.gov/vama/index.htm

Dinner at The Culinary Institute of America
All you need to dine at world’s premier culinary college is reservations. Your dinner at American Bounty, Bocuse, or Ristorante Caterina de’ Medici, could be created by the next Charlie Palmer or Roy Yamaguchi. Founded in 1946, the CIA has trained culinary icons including Roy Choi, Grant Achatz, the late Anthony Bourdain, and Cat Cora. www.ciachef.edu/newyork

Staatsburgh State Historic Site (S)
Get a glimpse of the Gilded Age (1876 - 1917) when you tour the elegant country home of Ogden Mills and his wife Ruth Livingston Mills. Don’t miss the special themed tours and Gilded Age Tea & Talk programs! This 65-room Beaux-Arts mansion—furnished in the styles of Louis XIV, Louis XV and Louis XVI—sits on 192 acres on the Hudson River next to Mills-Norrie State Park.
www.parks.ny.gov/historic-sites/25/details.aspx

Wilderstein Historic Site (S)
The exquisite estate along the Hudson River features a stunning house of Queen Anne architecture and a Calvert Vaux designed landscape. It was the home of Margaret (Daisy) Suckley.who was a distant cousin and close confidante to President Franklin Delano Roosevelt. www.wilderstein.org

Dinner at the Tavern at the Beekman Arms
To enjoy a meal at this Rhinebeck institution is to dine in a location that has been warmly serving guests since 1766. The Beekman Arms & Delamater Inn is America’s oldest continuously operated hotel, and its restaurant serves lunch, dinner, and Sunday brunch.
www.beekmandelamaterinn.com/dining

Old Rhinebeck Aerodrome (S)
This is more than just a museum housing one of the world’s largest collections of World War I and Golden Age aircraft and antique automobiles. It’s a stage for amazing weekend airshows, and a place where you can don a helmet and goggles for a ride over the Hudson River in the open cockpit of a 1929 New Standard D-25. https://oldrhinebeck.org/plan-your-visit/

Montgomery Place
When you visit this Hudson Valley estate, you see American history through an environmental lens. The 380-acre property is best known as a landscape influenced by the great Andrew Jackson Downing, with woodland trails laid out more than 100 years ago, and lush gardens designed in the early 20th century. Grounds open year-round; mansion tours available in season. www.bard.edu/montgomeryplace

Poet’s Walk Park
For a different look at the local landscape—its beauty inspired the creation of the Hudson River school of painting, after all—take a walk in this 120-acre riverside park. Nearly two miles of trails meander through meadows and woods. Legend has it that Washington Irving came up with the idea for “Rip Van Winkle” here while gazing upon the Catskill Mountains. www.scenichudson.org/parks/poetswalk