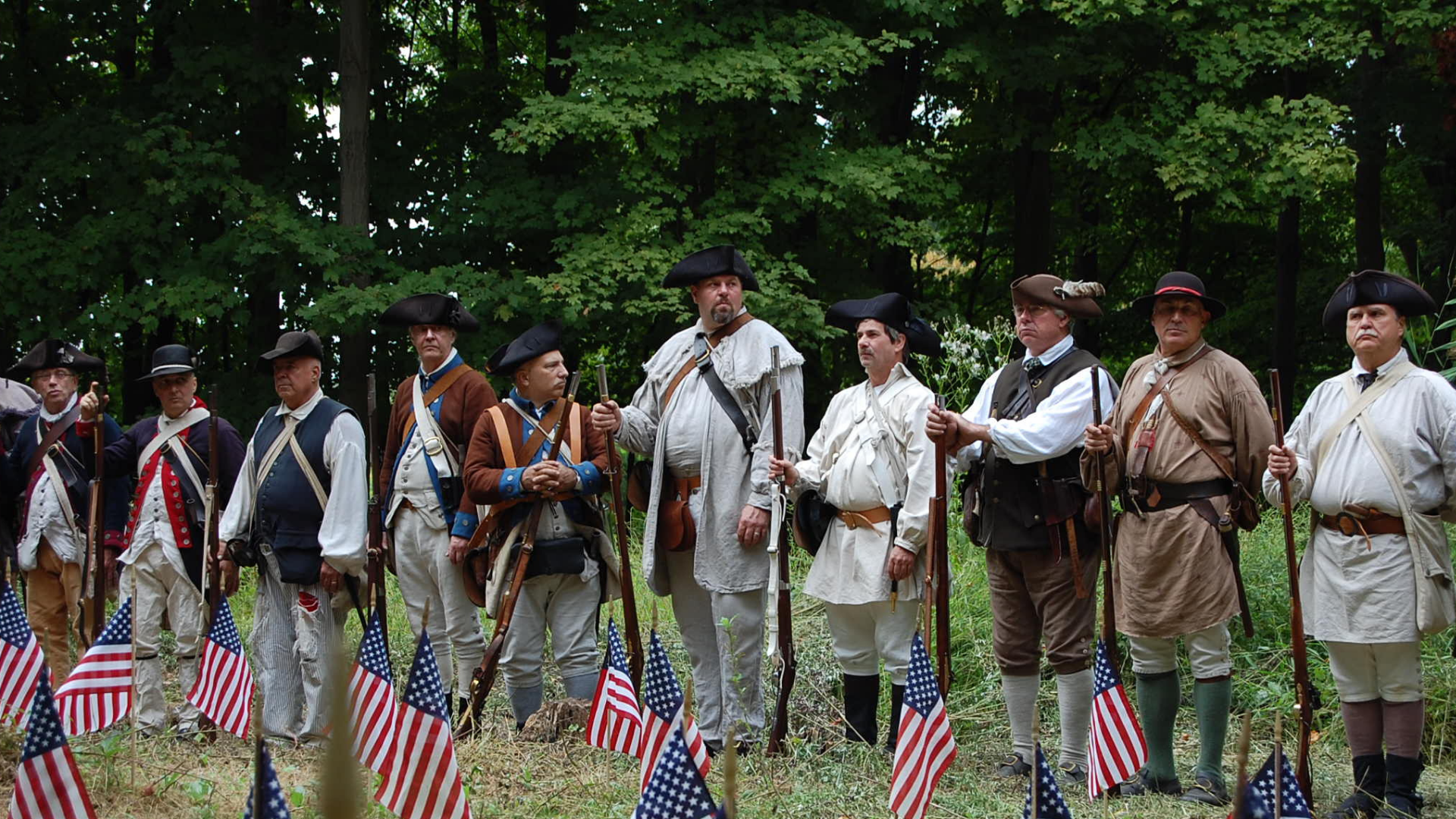 History unites us all, and common ground can be found at Dutchess County’s historic and heritage sites. Over five days, you’ll follow a trail dating back 400 years. To offer counterpoint and perspective, your journey also includes visits to some of our most compelling modern-day attractions.

Dia Beacon
Spend your morning enveloped in 21st century art. You’ll find impressive works by modern masters—such as Dan Flavin, Sol LeWitt, and Blinky Palermo—in these oversized galleries in the former 1929 Nabisco factory building. Since the Dia Art Foundation opened this outpost in 2003 for its collections from the 1960’s to the present, Beacon has transformed into a vibrant arts destination. Collections are supplemented by special presentations, gallery talks, and guided tours. www.diaart.org/sites/main/beacon

Madam Brett Homestead Museum, Beacon (SE)
Leave the present for a look at the past; this is Dutchess County’s oldest homestead. Built in 1709, it’s also the former home of one of the county’s largest landowners, Catheryna Rombout Brett, an unusual title for a woman in the 18th century. Inside, you can tour 17 rooms of furnishings, porcelain, paintings, books, and tools that belonged to seven generations of descendants who occupied her house over 275 years.
www.melzingahnsdar.org/madam-brett-homestead

Evening at the Howland Cultural Center, Beacon (SE)
This Norwegian-style home of the Beacon Historical Society is a stately venue for art exhibits, music including Howland Chamber Music Circle, poetry, film and multicultural events. Designed as a library by Richard Morris Hunt and built in 1872, the dome-topped building was named after its first benefactor, Civil War General Joseph Howland. www.howlandculturalcenter.org

Mount Gulian, Fishkill (S)
To learn what a soldier’s life was like during the Revolutionary War, come to this circa-1730 colonial homestead. The Verplanck family turned it over to the Continental Army during the War for Independence, because of its strategic riverside location. General Fredrich Von Steuben— “Drillmaster of the Continental Army”—trained local farmers to fight with bayonet-tipped muskets. www.mountgulian.org

Van Wyck Homestead Museum, Fishkill (S)
You can tour not one, but two Revolutionary War headquarter sites in Fishkill. This Dutch Colonial homestead built by Cornelius Van Wyck in 1732 was General Israel Putnam’s base, as well as the site of the Fishkill Supply Depot and Barracks from 1776-83. Today the site also hosts art exhibits and special events, as well as a gift shop and genealogical library. www.fishkillhistoricalsociety.org

Frances Lehman Loeb Art Center, Poughkeepsie
Cézanne, Matisse, O’Keeffe, Picasso, and Pollock. Works by these 19th and 20th century masters are tucked away in this manageably-sized museum on the Vassar College campus. Even better, they’re free to see! The collection of more than 18,000 works are curated around themes and time periods, beginning with Middle Eastern and Asian antiquities, progressing through the Hudson River School painters and the 21st century. www.fllac.vassar.edu

Walkway Over the Hudson, Poughkeepsie
A bird’s-eye view of the majestic Hudson River, one of America’s Heritage Rivers, is yours to enjoy from the world’s longest elevated pedestrian bridge. From Poughkeepsie to Highland, it spans 6,767 feet – about 1.28 miles – across the Hudson. For walkers, runners, bicyclists, and rollerbladers, it provides a seamless connection to 27 miles of rail trails and riverfront parks on either side. www.walkway.org

Evening at the Bardavon 1869 Opera House, Poughkeepsie (SE)
The oldest operating theater in New York State—and the 12th oldest in the country—remains vital today by presenting a seasonal schedule of modern performing arts. Visiting artists express themselves through dance, music, film, and theater for both adults and children. This venue is also home to the Hudson Valley Philharmonic Orchestra. www.bardavon.org

Home of Franklin D. Roosevelt National Historic Site, Hyde Park
How did the Roosevelt presidency shape today’s America? The FDR story—from the Great Depression through the New Deal years and World War II—is presented here in vivid and tangible fashion. Spend the morning on a guided tour at the Springwood estate, and allow for time for an immersive experience at America's first presidental library at Franklin D. Roosevelt Presidential Library and Museum. www.nps.gov/hofr/index.htm • www.fdrlibrary.org

Antiques Shopping in Hyde Park
Find a relic from the past and bring it back to life! There are several antiques shops and stores in Hyde Park, primarily along Route 9/Albany Post Road, including Village Antique Center, and Hyde Park Antiques Center.

For some “old school” fun in the evening, try one of these options:

Movie at the Hyde Park Drive–in (SE)
When was the last time you watched a movie outdoors, from your car? This family owned and operated drive-in has been a local institution since 1950. Watch a first-run film under the stars on the 82-foot screen using state-ofthe- art digital equipment. Enjoy hot food and snacks from the concession stand! www.hydeparkdrivein.com

Hyde Park Roller Magic
It’s a roller skating rink just like you remember, with music played by a live D.J. as you circle the wooden floor on four wheels under disco lights. There’s a full concession for refreshments, and arcade games to round out the time warp. www.hydeparkrollermagic.com

Hopewell Depot Restoration, Hopewell Junction
Built in 1873, this railroad depot building was a stop on the Maybrook Line for the Dutchess and Columbia RR, which connected East Fishkill to Poughkeepsie and other points north and south. Preservationists and rail history fans will appreciate the measures taken to move, preserve, and renovate this building, which is now home to a photo gallery and switch tower. It’s also an “anchor” for the eastern terminus of the Dutchess Rail Trail. Open Saturdays year-round and Sundays May–October. https://www.hopewelldepotmuseum.org/

Carnwath Farms Historic Site and Park, Fishkill
Hidden away in the Wheeler Hill Historic District, this site is home to several buildings spanning the centuries: Carnwath Manor, an 1850 pre-restoration mansion; an 1873 Carriage House and legendary Underground Railroad stop; a 1927 administration building; and the 1950’s Frances Reese Cultural Center (location of the Sports Museum of Dutchess County) and chapel. The grounds are open for hiking and recreational activities.

The newly renovated Sports Museum features a brand new permanent exhibit, Legends of Dutchess, highlighting dozens of athletes who have made it to the professional level, as well as over 20 sports and artifacts of unique historical importance. www.carnwathfarms.webs.com/

Hudson Valley Renegades game, Dutchess Stadium, Fishkill (SE)
Enjoy the classic American pastime; a baseball game featuring the Hudson Valley Renegades, a Class A, short-season minor league baseball team affiliated with the New York Yankees. Late afternoon and evening games include fun contests and giveaways, as well as a wide variety of food and beverages. After the ninth inning, catch the fireworks after Friday night games, as well as on other special occasions. www.milb.com/index.jsp?sid=t537