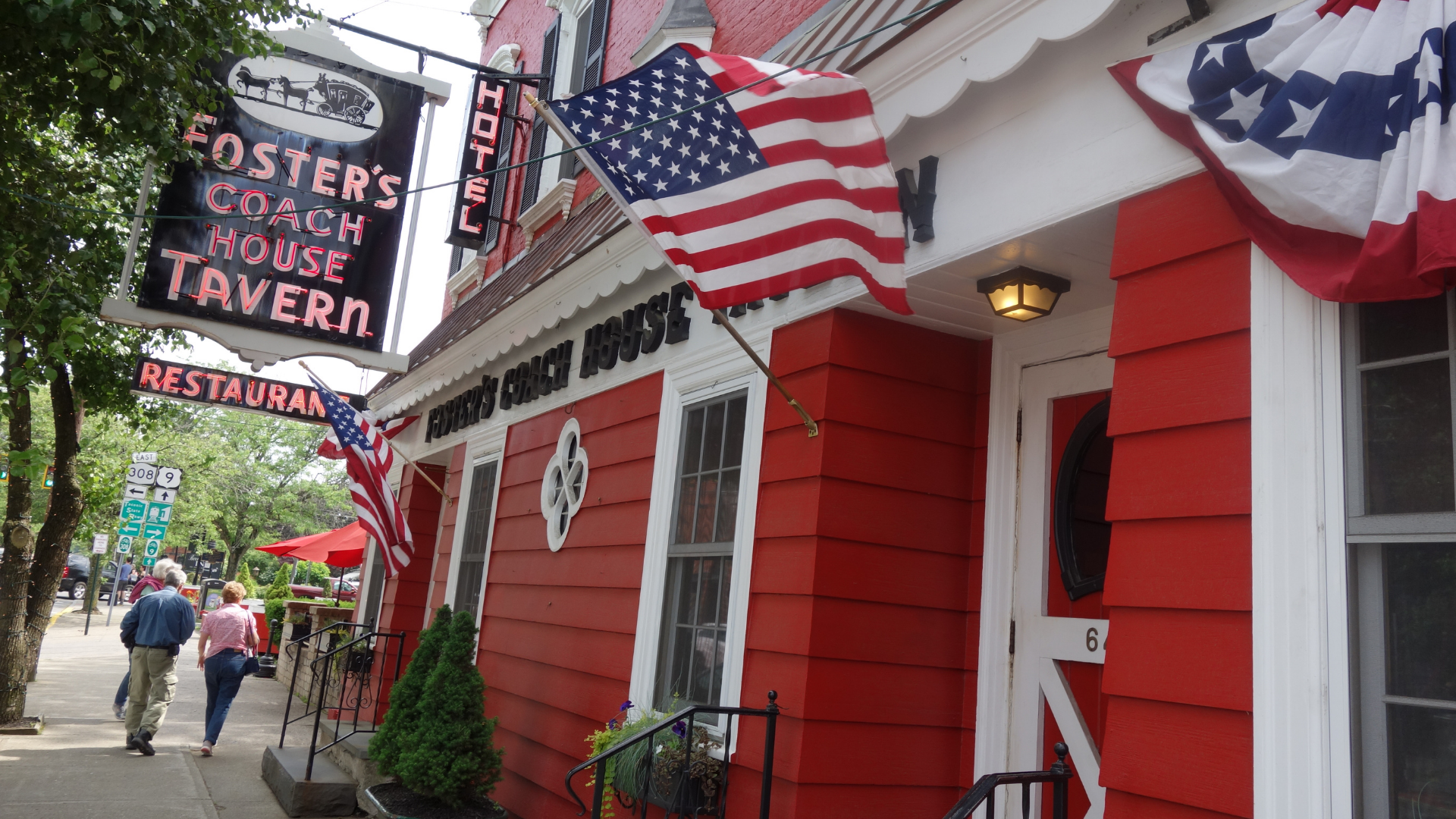 Immerse yourself in the historic hamlet of Rhinecliff along the Hudson River and the Village of Rhinebeck to visit some iconic locations where food and life have joined for centuries. With over 40 specialty shops nestled in and around the tree-lined streets of Rhinebeck, there’s plenty to explore. Fun for foodies, history buffs, or those just interested in checking out some cool spaces!

Foster’s Coach House Tavern, Rhinebeck
Located at the “four corners” of Rhinebeck’s business district, the current building dates from 1890 and has provided respite to travelers for over 125 years. Sources hint an earlier tavern may have existed on or near the site from the late 18th century. The equestrian-themed interior includes booths dressed out as stalls, a tack room, racing prints and iconography, and a coach originally owned by Levi P. Morton, Governor of New York in the late 1800’s and Vice President of the United States under Benjamin Harrison. The menu includes many local and classic American favorites at family prices.
For more info click here.

Tavern at the Beekman Arms, Rhinebeck
America’s oldest continuously-operated hotel, the Beekman Arms, likely began its life as a private home in the 1760s, catering to the occasional over-night traveler on the Post Road (Route 9). It was certainly in operation by 1802, when a map marked a “hotel” at the site. “The Beek,” as it is known to locals, has been serving travelers for over two centuries. Walk through the front door and soak in colonial charm and character including the massive timbers and plush furnishings. A sitting room with a private library awaits you on your right - the “Beekman Room” - like the hotel itself, is named for Colonel Henry Beekman, an early landholder in the area. Proceed to dine in the atmospheric taproom, which has served figures ranging from Aaron Burr to Franklin Delano Roosevelt. A barn behind the Beekman Arms houses an impressive local antique market.
For more info click here.

Can’t get your fill of great ales and tales? The Dutchess County Historian coordinates monthly Historic Tavern Trail events April-October to quench your thirst for knowledge and local craft beverages!