EXPERIENCE PASSES PLAN YOUR TRIP FEATURED VIDEOS
« Back to Spotlights

Minor-League Baseball is Major Fun with the Renegades

When you purchase a ticket to a Hudson Valley Renegades baseball game at Dutchess Stadium, you get so much more than a seat at the ballpark. You unlock access to a one-of-a-kind, family-friendly experience that goes way beyond the game itself.

The Renegades, the Class-A affiliate of the world-famous New York Yankees, are on the leading edge of the evolution of the modern ballpark experience and are constantly finding new and inventive ways to make every trip to The Dutch enjoyable, affordable and unforgettable.

The Renegades’ season runs from April through September. Here is a glimpse at what you can expect when you visit Dutchess Stadium: 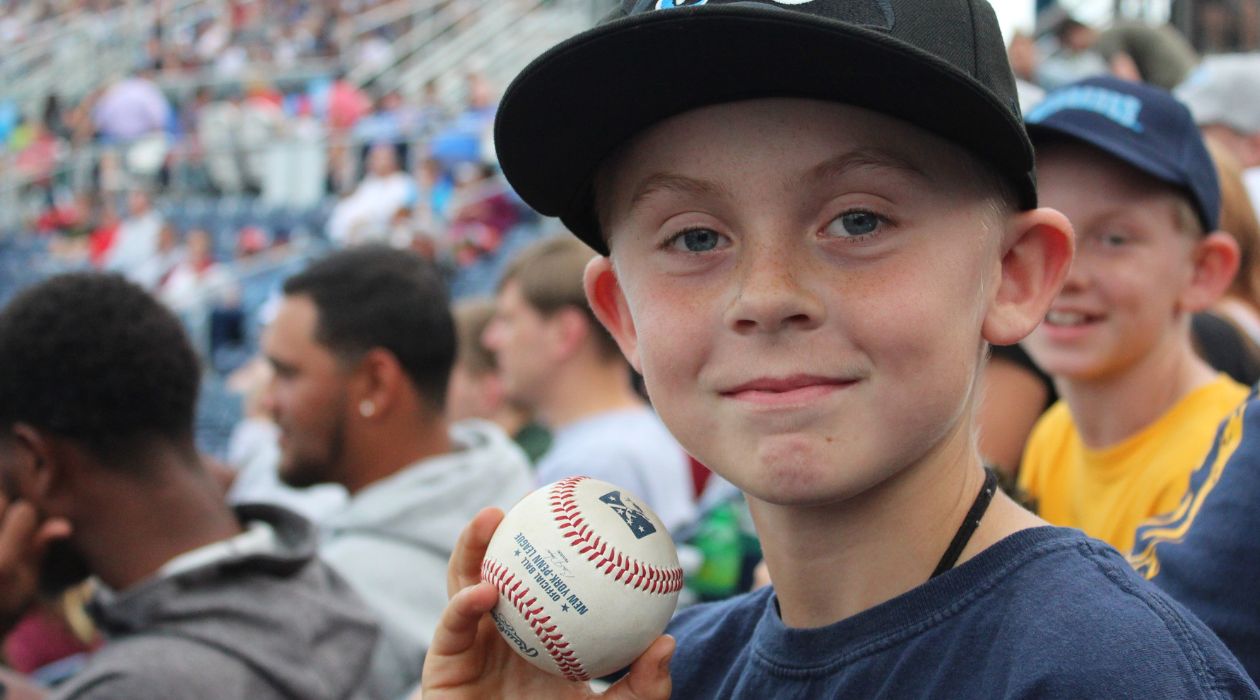 The game itself is, of course, the nucleus around which all the other promotions and activities revolve. As the Yankees Class-A affiliate since 2021, the Renegades’ roster is dotted with young, up-and-coming prospects in the Bronx Bombers organization. Some of the players you’re watching at Dutchess Stadium, both for the Renegades and their visiting opponents in the South Atlantic League, may be tomorrow’s big stars in Major League Baseball.

Shortstop Anthony Volpe, the Yankees’ first-round draft pick in 2019 and the top-rated player in their minor-league system, batted .285 with 15 home runs in 55 games with the Renegades in 2021 before being promoted to the Class-AA Somerset Patriots in 2022. The Yankees recently announced their intention to promote another talented prospect, outfielder Jasson Dominguez, to Hudson Valley later in the 2022 season.

There is also a chance that the Yankees could send one of their players to the Renegades on a rehab assignment following an injury. In June of 2021, Yankees pitcher Luis Severino started a road game for the Renegades against the Brooklyn Cyclones, the New York Mets’ affiliate.

One thing that makes minor-league baseball special is the fans’ proximity to the players and the action. With 4,500 seats, Dutchess Stadium is a far more intimate setting than the big-league ballparks, many of which are roughly 10 times its size. Bring your baseball mitt to The Dutch, because there is always a chance you will catch a souvenir foul ball! Be sure to bring a pen, too, because you never know when an autograph opportunity may arise!

And you can’t beat the price. A single, front-row ticket behind home plate for the Renegades’ July 30 game against the Cyclones costs $22. That includes the Halloween in July promotion and postgame fireworks. Be on the lookout for special ticket deals and promotions throughout the season!

To see the Renegades’ schedule and purchase tickets, click here.

Related: Top 10 Places to Get Ice Cream in Dutchess 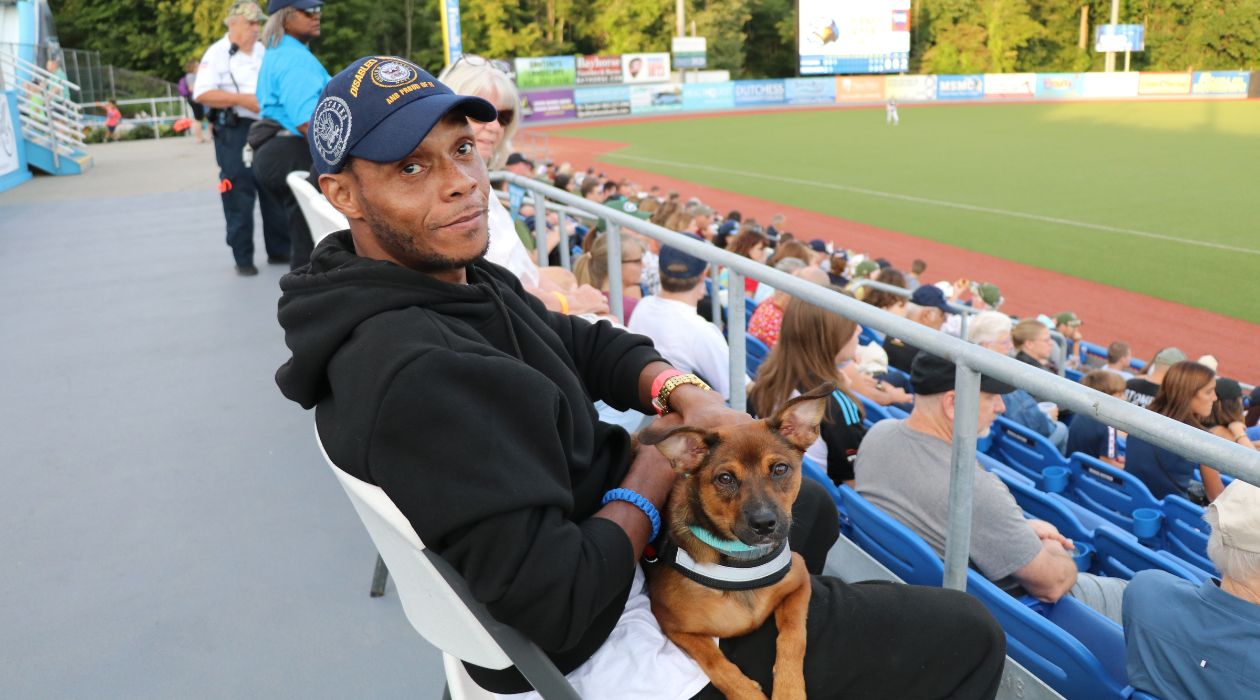 As Renegades Community Partnerships and Guest Services Manager Marcella Costello puts it, “We provide entertainment, and baseball is a plus.”

Indeed, a trip to Dutchess Stadium includes so much more than the ballgame itself. There really is never a dull moment, with music during breaks in the action, as well as fan-interactive games and activities between innings. Charismatic longtime public-address announcer Rick Zolzer always keeps the crowd on its toes; you may have also heard him on the mic at New Jersey Nets basketball games, football games at Michie Stadium in West Point or on several local radio stations, including WPDH, WRWD or Z-93.

But that’s only the beginning.

Every game is accompanied by its own themed event, promotion or giveaway, many of which are sponsored by a Dutchess County business or organization.

Enjoy postgame fireworks displays on Friday and Saturday nights. Bring your dog to the ballpark on Sundays as Earth Angels Veterinary Hospital in Wappingers Falls presents Sunday Family Fundays and Pups at the Park; the kids are allowed to run the bases after every Sunday game.

The Sloop Brewing Company presents Christmas in July when the Renegades host the Cyclones on July 26 and turn The Dutch into a winter wonderland (minus the snow, of course)!

Getting married? Then you won’t want to miss the Aug. 13 game against the IronBirds when the Renegades give away a free wedding to one lucky couple!

Join the Renegades for Marvel’s Super Hero Day on Aug. 28, as the first 1,000 fans in attendance receive a Black Panther Bobblehead. Special ticket packages are available for this game against the Crawdads.

Also this season, the Renegades unveiled their new We Care Wednesday program, which allows local and national non-profit organizations to promote themselves and raise awareness.

To see the Renegades’ complete schedule of promotions, click here.

Along with traditional stadium seating and concessions, there are so many different ways to enjoy the action at Dutchess Stadium.

Stop by The Dutch Beer Garden and choose from a wide variety of local craft beers and ciders. Step up to the Benmarl Wine Bar and sample some of the finest small-batch wines in the Hudson Valley. Benmarl Winery in Marlboro has the distinction of being America’s oldest vineyard.

Cool off with tasty ice cream treats – both alcoholic and non-alcoholic – from Sweet and Boozy. They have been a big hit in stadiums across the country, including at Polar Park in Worcester, Mass., the home of the Boston Red Sox Triple-A affiliate, and at Allegiant Stadium in Las Vegas, home of the NFL’s Las Vegas Raiders.

Of course, nothing beats a group outing at the ballpark! Make your next family reunion or team-building excursion at work a memorable one and reserve the Sloop Brewing Company Beer Balcony, the Left Field Lounge or the Right Field Riviera for your group. Tickets to the Sloop Beer Balcony, the Right Field Riviera and the Left Field Lounge all include pregame picnic meals.

The Sloop Beer Balcony is equipped with drink-rail seating with sensational views of the field, along with plenty of high-top tables and chairs. Sample many of the IPAs, lagers, stouts and sours that are available at the Sloop Brewing Company restaurant and tasting room in Hopewell Junction. Of course, you have to try their famous Juice Bomb, a bright New England-style hazy IPA!

For smaller groups, a reservation at the Bird's Eye View BBQ includes a delicious barbecue dinner at a quaint table on the suite level; it’s perfect for a night out with a few friends!

Throw your own tailgate party on The Patio! If climate-controlled luxury is more your speed, then book one of the suites and enjoy all the comforts of home while you watch the game! For details on group outings, click here.

Dutchess Stadium offers specially designated, ADA-compliant parking spaces and seating areas. When parking, simply show the attendant your ADA tag and they will direct you to the correct area to park. Tickets for ADA seating are available for purchase over the phone at 845-838-0094 or in-person. New for the 2022 season is the Sensory Safe Suite, a wonderful space for families with children on the autism spectrum and with special needs to better enjoy the game.

And getting to the ballpark is a snap! Conveniently located on Route 9D in Wappingers Falls, The Dutch is only minutes off Interstate 84 and the Taconic State Parkway and is less than a 10-minute drive from the Beacon Metro-North train station.